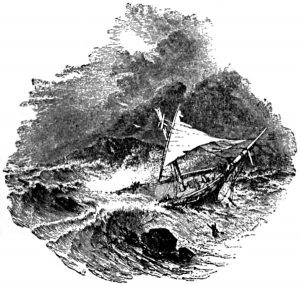 With a click of the mouse, Ellen Campos posted the photos of her son online. She was bursting with maternal pride. A few thousand miles away on the other coast, Martina, Ellen’s cousin, saw the photos as she sat drinking her home brewed coffee. “Ben’s new uniform as a soldier,” was the caption she saw under the first photo of Ben Campos. Ben was in a crisp uniform with a stripe on his shoulders and a golden name badge. “Saluting the flag,” was another caption carefully typed by his doting mother. Martina almost choked on her coffee with a suppressed laugh as she caught a glimpse of that photo. In it, Ben was standing on the deck of a ship, facing the flag with his hand raised to his face. Only, as she knew, it wasn’t a salute. Looking at the shadows, it seemed more probable he was shielding his face from the sun.

Whipping her cellphone from the table, Martina put aside her hot beverage and began to text. “Ellen,” she began. Then she paused uncertainly. How does one tell a person very kindly but firmly that her son is not a soldier and that she might want to rewrite her captions? After a few moments, she decided it was better to call rather than text.

Ellen was not moved by Martina’s suggestion that she stop calling Ben a “soldier”. She hardly knew Martina since they had grown up in different states. In her eyes, Ben was a seafaring soldier. He had undergone training via DVDs and online videos, and read lots on how to become a soldier. Before signing up, he had practiced paintball shooting and even knew some martial arts. He had been a great scout, and could administer basic first aid. He had a very protective and caring instinct and whether he faced pirates, smugglers, or had to do a rescue mission, she felt he would do very well.

Suggesting that Ben was a private citizen was a tactical mistake on Martina’s part. In her world, private citizens were not the same as soldiers. Ellen triumphantly pointed out that there really was no difference between a private citizen and a soldier if they made a commitment, wore a uniform, and did basically the same thing. Thinking that reason and logic would sufficient to help Ellen see the difference, Martina appealed to the history of the armed forces, to the legislation creating them and governing them. Again, these were tactical errors. Ellen’s son was a soldier. It was his experience and it is experience that guides the tardy elites in the ivory towers, not the other way around. Laws? Too legalistic. Not patriotic. Patriotism demanded enthusiastic service in protection and rescuing and other duties on sea. Law and lawyers don’t know what they’re talking about.  The true patriot American soldiers are those who are led by their enthusiasm to wear uniforms, make commitments, and fight!  They are all American soldiers.

Patriotic Ellen put down the phone after the brief conversation with her cousin. She would keep the captions on the photos. In fact, since Martina seemed so full of herself and her navy shipman daughter, she would start writing about her son’s experience to show the world that it is unpatriotic to think that being a soldier is different than being a private citizen! She began to write on the internet about her “heroic American soldier son”.

There was a recruitment pamphlet on the dusty desk in Ben’s old bedroom. It was for the coast guard. Ellen’s eyes lit up as she read the pamphlet. “Proof!” She hurried to her trusty computer and began to furiously type. As the keys were tapped at the rapid rate of a firing squad, she kept thinking of the honor and feelings of her beloved son. He must not think that he had a second rate or inferior calling. No. At all costs his occupation must be defended as being the same as Martina’s or her daughter’s.

With great verbosity and mangled jargon, Ellen pointed out to the world on the wide web that Ben’s job matched the bullet points shown on the pamphlet. Fight smugglers? Yes. She could well imagine Ben keeping watch and fending them off. Rescue people? Ellen’s mind dwelt fondly on the mental picture of Ben rushing to the sea, kicking off his shoes and emerging a dripping hero. Serve his country? Of course, Ben as any other patriotic American was at the service of his country… Ellen’s efforts created a nano sized ripple in the internet wave…

Meanwhile, the daughter of Martina was stationed in an “undisclosed location” in the Middle East. She had not followed her mother’s footsteps in the coast guard, but had enlisted in the navy. Hers was the world of the tiniest of living spaces, mundane food, and tough watches. Her eye had caught Ellen’s posting and with great merriment and joking, she showed it to the other sailors. Salty wisecracks and roars of laughter were soon followed by mocking comments online. Soldier indeed!  The sworn and commissioned members of the country’s armed forces did not dream of how in Ellen’s mind there was precious little difference between them and Ben Campos.

As Mrs. Campos consulted critical sources online such as Moby Dick, Treasure Island, and a variety of naval literature found in her son’s footlocker, she became quite the expert on the armed forces. Her experience via her son informed her that the country was quite wrong to in a very “temporal” and “legalistic” short sighted manner insist on there being separate divisions of the armed forces and even subdivisions within them! The whole purpose was to fight and protect, she reasoned, so it is unpatriotic and wrong to have divisions. It only fosters a sense of inferiority with all these divisions of the navy, air force, army, coast guard, etc., and that isn’t right for the people with their feelings. Best to be truly patriotic and organize them in one group.

Recruiters in Ellen’s part of the country began to see her show up at their offices. She would picket them, derisive of the “unpatriotic divisions” caused by the separate forces. Her internet musings would burst forth from her passionately about how we should live peaceably together instead of instructing recruits about the differences between, say, the coast guard and the navy. Or, as her heart chilled at the thought, the difference between private citizens and the members of the armed forces. “My son is just as good,” she would console herself and would move on, denouncing the unpatriotic stance of distinguishing between the coast guard, navy, army, etc. They were no better than private citizens. An occasional politician would show sympathy, nodding at the meet and greets, or paying lip-service to the idea that soldiers are no different than private citizens. After all, nobody’s feelings should be hurt and we must be all inclusive!  Soldiers of all stripes and colors were soldiers provided they had the same goal!

People who were not connected to the military complex or idealistic youth would listen avidly to Ellen’s thoughts on private citizen soldiers. Ben was handsome in his uniform and he looked every inch the soldier sailor. Ellen may have mangled the military jargon, but she neither knew nor cared, and neither did her audience. For their part, the brass were so busy with real matters of urgency and could not fathom how she might get a devoted following that they forbore from official investigation and public censure of her opinions.

While she could have gone on in a career, boosted by the financial offerings of her fans, on a one-woman mission to eradicate all differences, divisions,and ranks, for the sake of patriotic love of the country, something happened to divert her thoughts. Ben was lost at sea! It had been a stormy night and he had been testing the lifeboat. Now he was nowhere to be found! She went to the navy seals because they leave no one behind. “Ben Campos?” They could not find Ben on their rolls. “Ben is as good as a navy seal so he is one,” his mother desperately demanded. Strangely, the navy was deaf to her pleas and would not initiate a search and rescue mission.

Ben’s mother was frantic with worry. She even went on board the ship when it docked and found a journal Ben kept. Contained in the journal were mysterious messages and symbols. Ellen, despite her sorrow and worry, could not resist the challenge of cryptography, that great art of communication which treated of the country’s greatest and dearest secrets! She pored over the journal, made notes, and began constructing a lexicon of her own. She borrowed from the scraps of military jargon she had heard of course, but as no language is ever too difficult for the determined, conquer it she would. Rapidly, within a few days, Ellen became the world’s foremost cryptologist and proclaimed it online. She began teaching her devoted followers – and all who were generally interested in the topic – and her writings now were half in English and half cryptic. She was the expert. Nobody who trained could equal her because she had experience to back her up. The cryptologists and famous ones of yore had nothing to her and should resign in shame.

Postlogue. The readers will be pleased to know that Ben Campos was rescued by the Coast Guard. He had been so exhausted battling the waves that it took a few days for him to use the emergency beacon. Ellen Campos was enraged because the reports read “Ben Campos” and he was not respected as an officer by the coast guard. She consoled herself with the thought that it was all temporal anyway and they were simply being unpatriotic in their treatment of her son.  She wrote gigabytes on the treason of the navy seals who refused to help their comrade at arms.

After his rescue, Ben quickly resumed his duties as a private security officer on the cargo ship.  One thing puzzled him.  He loved his pen and paper and never went on the internet.  So he could not quite figure out where he had left his jumbled notes on cartography.

Note: This is entirely fictitious. Any similarity to actual events or persons, living, dead, or fictional, is purely coincidental.