Table of contents for Consecrated Virgins 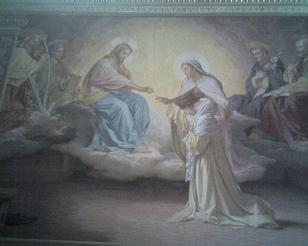 Q.  Can a widow become a consecrated virgin?

A.  No.  It is assumed that a wife who has lived even a night under the same marital roof as her spouse has consummated the marriage, thereby surrendering her physical virginity.  This is why the Church requires that candidates “never have been married or lived in public or open violation of chastity”.

Q.  May a “renewed virgin” receive the consecration?

A.  A female who has voluntarily and completely experienced sexual pleasure is not eligible for the consecration, for she cannot offer God physical virginity.   As St. Jerome put it, in his twenty-second Epistle to St. Eustochium, n. 5 (P.L., XXII, 397), “I tell you without hesitation that though God is almighty, He cannot restore a virginity that has been lost.”  Although generous repentance may restore “spiritual” virginity, physical virginity cannot be restored, and both physical and spiritual virginity are required for a valid consecration.

Q.  Where can I find a sample of a rule of life for consecrated virgins?

Q.  Does a female religious have to be a virgin?

Q.  The Rite of Consecration says that a person must never been married, nor have publicly or openly violated chastity.  I secretly had a one night stand that nobody knows about 20 years ago.  Can I receive the consecration?

A.  While it is true that you weren’t married nor lived in public or open violation of chastity (as in the case of cohabiting), your virginity was lost in the one night stand and thus you are unable to validly receive the consecration.  Perhaps some other vocational options are available for your prayerful discernment and consideration.

A.  No.  Consecrated virgins are female virgins who have been consecrated by their bishop according to the norms of canon 604 and the Rite itself.  Devout women under a private vow of chastity, women in secular 3rd orders, members of religious orders, and others who have not specifically received the consecration conferred by their bishop are technically  not consecrated virgins.  Given the promiscuous lifestyles of today’s youth and young women, a large percentage of those in consecrated life are probably not virgins, nor are they required to enter as physical virgins.  Only those females who wish to receive the consecration of virgins are required to be virgins and to maintain both physical and spiritual virginity.  Those in other forms of consecrated life are required to exercise “chastity”, which in their case means perpetual continence and celibacy.

To be continued.  But, before this series is continued, I need 5 serious and respectful comments on this post.

8 Responses to Consecrated Virgins Part I