For some reason, a lot of people have been listing St. Kateri as a consecrated virgin. 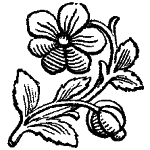 Although a virgin, St. Kateri was never a consecrated virgin.  St. Kateri – like many other lay virgin saints – was a laywoman under private vows.  She had wanted to join a convent but the Jesuits did not think that this was appropriate given the cultural influences at the time.  Instead, she is said to have made private vow(s) of virginity, and possibly poverty and obedience.  A private vow does not constitute a woman as a consecrated virgin.  Only the Rite of Consecration of Virgins done by the bishop (or Benedictine Abbot for Benedictine nuns) transforms the woman into a consecrated virgin.  Yes, Kateri was a virgin, but she lived and died as a virgin laywoman, privately dedicated to Christ.

Other famous virgins who were not consecrated virgins include:  St. Gemma Galgani, St. Rose of Lima, St. Maria Goretti, and St. Catherine of Siena.  St. Catherine was a laywoman, and became a Doctor of the Church.  Not one of these beautiful, heroic souls had received the consecration of virgins or been admitted to the consecrated state through vows in religious life.

It should be emphasized that these devout laywomen are models for living out our shared baptismal commitment without receiving the grace of consecration.  We do not know if St. Gemma, St. Rose, and St. Catherine or St. Kateri would have received the consecration of virgins had it been available to them at the time.  St. Maria Goretti is considered a virgin saint because she died as a virgin protecting her purity from an attacker.  We do not know if she would have chosen a life of virginity had she survived.

St. Kateri is a model for the many women who want to completely dedicate their lives to Christ but who for one reason or another, was not called to consecrated life.  Her virtuous life shows how a woman can fully live her baptismal vocation to holiness without adding an additional consecration either of marriage or of consecrated life.  The Church is full of a variety of saints, and St. Kateri is an inspiration for those who desired religious life but could not enter and instead privately dedicate their lives to Christ as laypersons.  We need to recognize St. Kateri for who she was- a privately vowed laywoman who fulfilled the call to holiness in her lay state.  She was not a consecrated virgin and we should not claim that she was one even if her life visibly looked like a consecrated virgin’s.

3 Responses to St. Kateri Tekakwitha Was NOT a Consecrated Virgin