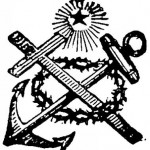 Likewise, vows of the evangelical counsels can only be accepted in the name of the Church by “legitimate superiors” or people designated by the Church to accept vows in her name.  The Church has spelled out who is authorized to accept vows or “receive” vows:  bishops of those who are in institutes of consecrated life of diocesan right in his diocese and the lawful superiors of members of institutes of consecrated life of pontifical right.

Deacons, priests, bishops, archbishops, and cardinals do not have the authority to receive private vows.  The Church has not granted that authority and never will.  Vows, especially when they have to do with the evangelical counsels, are a precious part of the Church’s heritage and to protect this expression of herself, the Church carefully discerns those who would like to live in imitation of Christ in vowed poverty, chastity, and obedience, who desire consecration as such.  Part of safeguarding the gift of the Holy Spirit’s charisms is to ensure adequate formation for people who wish to make vows so that they know what they are doing, and understand the theology of consecration (which private vows do not achieve).  Again, the Church determines whom she authorizes to accept as vowed people.  This is the Church’s prerogative, just as it is a person’s prerogative to choose whether and from whom he would accept marriage vows from.

The Church is responsible for the care and guidance of those who make vows of the evangelical counsels in her institutions of consecrated life. The Church, the institution, and the member take on specific rights and obligations when vows are received by the Church.  The Church at large has the right to accountability.  That the vowed person is living up to the vows made.  The institution and the member have mutual obligations and rights.  The member might cede ownership of property but an institute has the obligation to materially support the member.  None of this is present when someone makes a private vow.

It is a sign of poor catechesis rampant in the Church when spiritual directors angle for private vows of obeying them, or priests/bishops allow people to pronounce vows in the middle of Mass when others of the faithful are present because such actions distort the nature of private vows.  The Church can’t “recognize” or “approve” or “receive” private vows and so it makes no sense to have any ceremonies during Mass because the faithful at large start to believe that the private vow(s) might have more standing or legitimacy than they really do.

A prime example of such confusion on the part of the faithful has to do with the status of members of the Regnum Christi movement.  Let’s examine what they do and how it is damaging to the Church.

First, they make private promises of poverty, chastity, and obedience.  I do not know if they do this in the context of Mass, but if they do, that is certainly reprehensible, because it gives the veneer of Church authorization and approval where none exists.  So, who is their legitimate superior?  Nobody.  They can make all the promises of obedience they want, but the Church does not recognize any person being a legitimate superior to them with the authority to command by virtue of the promise of obedience.

The Regnum Christi so-called “consecrated” members (they are not consecrated in God’s eyes except by baptism and confirmation but are no more consecrated than the average single or married person) live like religious but have none of the protections in law of religious because their group is not an institute of consecrated life.  If their leaders decide to siphon away all their property and finances and build a private mansion, the members have no recourse if they are cast to starve in the street.  Why?  Because the Church doesn’t regulate people with private promises as strictly as those who actually represent her in institutes of consecrated life.  On the other hand, just as the leadership has no accountability towards members because they are not recognized as an institute of consecrated life or society of apostolic life by the Church, neither do the members have such obligations towards the group.  If they decide to get their “promises” dispensed, all they have to do is go to a parish priest and ask for a dispensation.

We already know what happened to the late “Mother” Nadine’s group.  When they couldn’t get elevated to an institute of consecrated life or even just a society of apostolic life because of serious abuses, the leadership siphoned away the finances and left the privately vowed members to sink on their own.  Yes, this is a serious reason to not pool finances before accountability is in place in the Church (e.g. the institution is elevated by a bishop as an institute of consecrated life or society of apostolic life).  One should note that Mother Nadine’s group was in private vows and they wore habits because they were hoping to become an institute of consecrated life.  The Church discerned that this way of life didn’t represent an authentic gift of the Holy Spirit and did not open the path to public vows.  Again, accountability is built in here in a way that never would have been possible if public vows weren’t fostered and protected by the Church.

The dangers of rashly making private vows of poverty or obedience aren’t limited to people in groups that are not institutes of consecrated life or societies of apostolic life.  This post is not about those dangers and common pitfalls- a whole treatise can be written on the theology and practice of private vows – but rather, this is a caution that the Church should not give the appearance of giving more perceived but inauthentic weight to private vows by allowing them to be said in the middle of Mass or public Liturgy.  Indeed, a person who makes a private vow should normally keep this private.  There is no need to proclaim that one has a vow of poverty- one just live it!  Nor of chastity – one can refuse dates and simply say one isn’t interested in marriage.

A private vow is made (by definition) on the authority of the one making it.  Hence the final word doesn’t rest on a spiritual director or even a bishop.  If a person is free to make a valid private vow and chooses to do so, he does so on his own authority not because of some non-existent “permission” from a spiritual director or clergy.  The spiritual director or clergy has no authority to “grant” permission for a private vow any more than they have to “receive” it.  It’s like someone giving an eligible man “permission” to marry- it is sheer nonsense because it rests upon the man and only that man to make the decision whether to admit a particular eligible woman to be his wife.  No one else can make that decision for him or force him to do so.

In the past, individuals who wished to make a private vow did so by consulting people who were more knowledgeable about the matter.  Priests were often the most educated people in a locale.  Diocesan priests are now very unlikely to know enough about private vows to assist people in coming to an informed decision about making them.  The two sources I would suggest for someone considering making a private vow (I don’t recommend one of poverty or obedience for lay persons as a general rule) would be either a canon lawyer or a member of a secular institute.